Dedicated to Excellence
Allure Salon is owned by Bonnie Hanawalt. Bonnie is a cosmetologist with 30+ years of experience. She started her career as a Redken Performing Artist and moved on to partner with her mother in their own salon. After her mother’s retirement, Bonnie decided to open her own salon. From there Allure Salon was born.
Allure was first established in March of 2007. Bonnie used her mother’s salon building as the starting point for her own salon. Bonnie then decided that it was time to expand to a different location. On June 17, 2007 Allure opened at its West College Plaza location. Presently, 4 stylists work at Allure Salon. 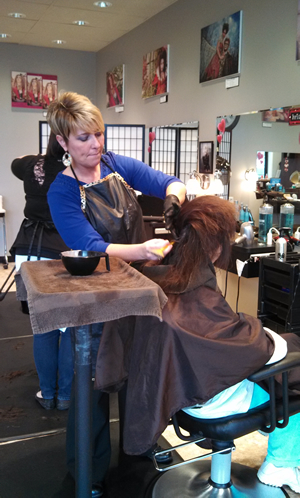 Insightful and funny, Bonnie has a deep passion for this industry culminating in over 25 years of experience. As an educator for Redken International, Bonnie has mastered her craft in color, hair design, and styling on stage, sharing her skills with other cosmetology professionals. Now she will share that same expertise with you. Let Bonnie help you achieve the look you want. 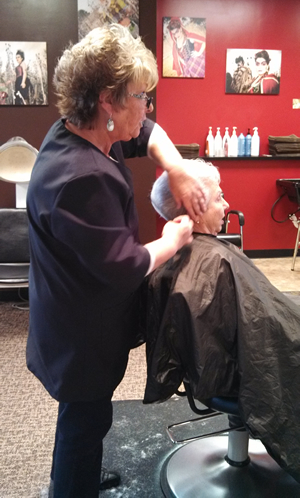 Linda is a tried and true master of the trade. With her humble grass roots beginnings, she worked her way into Stevens Beauty Academy in Bloomington, IL, where she not only helped run the facility, but also taught many of the local salon owners their craft. As one of the pioneers of the networking in Bloomington-Normal, Linda’s 50 plus years in the industry are well known. She separates herself from so many other stylists with her mastery of hair dressing, hair pieces, and wigs, creating original designs specific for you! 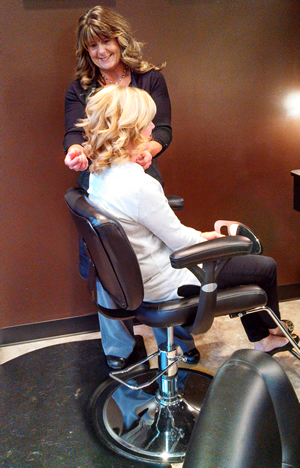 Kamie has been in the business for over 25 years and has a great passion for the industry. She thrives on customer service and prides herself on attention to detail. She offers a vast range of styles from conservative to trendy and has a talent for color and perms. Kamie continues to build her repertoire by attending conferences, staying on top of the most current trends and styles. She actively works with her clients to create a style that allows them to look and feel their best. Her personality and kind heart will leave a warm and lasting impression long after you’ve left the salon.